Here are the instructions how to enable JavaScript in your web browser.

It is clear that the 2020 AGM season is one we will remember for a very long time, with meetings not being conducted in the way most of us would have thought when preparations commenced earlier this year. However, as our environment has changed and rules enforcing social distancing have been introduced, meetings have continued with relatively few postponements. This update provides a snapshot of the changes that have taken place and shares best practice, along with the latest on the legislative framework as at 20 May.

Previous guidance we have issued during the course of the season can be found further down this page. This includes our COVID-19 and AGM webinar from 17 March and a subsequent blog where we discussed certain aspects of the evolving meeting season and guidance available.

How are meetings being conducted?

As governments around the world introduced the Stay at Home measures in recent months, many companies had to adapt how their AGMs would be held in conformity with the new rules. More companies are adopting a greater use of technology to facilitate participation and stave off any accusation of stifling shareholder democracy (more on this below), whilst at the same time limiting the attendance of shareholders in accordance with the Stay at Home/Stay Alert measures and government/advisory body recommendations.

According to the ISS COVID resource centre, only 14 UK and two Irish companies have held virtual meetings so far this year. ISS also noted that the Irish market has seen 98 postponed or cancelled meetings, whereas the UK has seen 45. It is worth noting that these figures may include private market companies. In terms of the listed companies we have seen, the postponements have been far fewer.

With our client base, we have seen a growing number of companies adopting a form of ‘hybrid’ meeting and encouraging remote participation from shareholders in a variety of forms. In some instances it provides a simple mechanism for shareholders to listen and follow along with the meeting albeit this does not technically constitute a hybrid meeting as the remote participants do not form part of any quorum. In other cases, such as with Polymetal highlighted below, the remote participation has extended to facilitate the exercise of the broader set of shareholder rights including the rights to ask questions and vote on the business of the meeting. This constitutes a hybrid meeting and enables the participant to qualify towards the quorum, subject to the company’s Articles of Association.

Based on data being compiled by the GC100, as of 7 May, 30% of the FTSE 350 and AIM 50 have already announced that whilst their meetings will go ahead, they are advising shareholders not to attend the AGM due to government restrictions. They are instead encouraging shareholders to take advantage of their right to appoint the Chair as their proxy and submit voting instructions using the voting platforms made available to them. In our experience, this trend has continued since this data was collated and published.

The approach to meetings has varied around the world depending on local rules, pre-existing geographical factors and the acceptance of the available technologies used to facilitate remote participation. By way of illustration:

Lumi Global is reporting a significant increase from last year in companies around the globe who are opting for hybrid or virtual meetings, from only 11% of Issuers last year to over 70% this year. It appears clear that the adoption of technology to support AGMs may well be here to stay, whether that be in the form of fully virtual meetings with remote participation or, perhaps more likely in the medium term, a hybrid approach where technology supports remote participation in addition to a retained physical meeting location.

There are strong views from both the government and market stakeholders that shareholder democracy and the stakeholder’s ability to hold the company to task must remain key drivers of a board’s decision regarding their AGM. Investor activism is here to stay and will only increase with the focus on good governance and engagement practices.

FTSE100 company, Polymetal, has been one of the first companies to pioneer a full hybrid Annual General Meeting in this region. Through careful planning and foresight ahead of the pandemic, the company comfortably demonstrated that a hybrid virtual meeting could be successfully held. From a governance viewpoint, it covered all the elements from a shareholder’s perspective as if it were a physical meeting and they had attended in person. Shareholders had the opportunity to listen to the business of the meeting, participate in the voting and ask questions to the Chairman and Board member(s) in attendance.

"Polymetal were very happy with the support received from Computershare and Lumi in running our first hybrid AGM. This included guidance on the AGM notice of meeting, technical support and a website test run before the actual AGM which helped iron out any potential issues. The meeting was overseen by the independence of Computershare acting as scrutineer who were online throughout the meeting to ensure there was a further contingency in place if required. The meeting went smoothly and the experience from both a governance and shareholder perspective was extremely positive.” 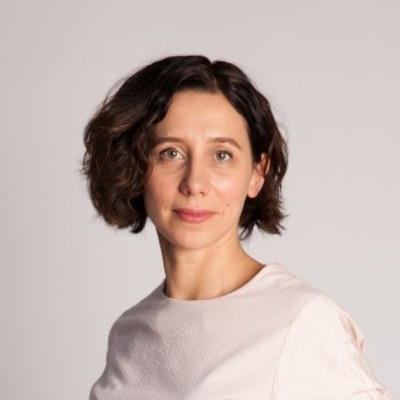 A changing legislative framework - as of 20 May

Many governments have either introduced or are considering introducing legislation to support companies in holding virtual or hybrid meetings or to support the facilitation of meetings in these unusual times. In the UK, the Corporate Insolvency and Governance Bill had its first reading in the House of Commons on 20 May and will progress to a second reading on 3 June. Whilst the bulk of the contents of the draft bill relate to proposed changes to insolvency law, there are some provisions contained within Schedule 14 and which impact the operation of the UK company meetings through until 30 September.

Key aspects of the draft legislation include:

We will track the progress of the bill and keep you informed.

As well as the draft legislation itself, it is also worth referring to some associated guidance which was released by the Financial Reporting Council and the UK Department for Business, Energy & Industrial Strategy (BEIS) on 14 May. The guidance was intended to signpost the intended provisions of the legislation and provides some supporting context for the proposed new UK rules. This guidance can be found here.

In Ireland too, we understand that there may soon be legislation supporting virtual/hybrid meetings. The Company Law Reform Group are expected to produce a report which could ultimately lead to draft legislation, although the political situation and the lack of a sitting government at the moment may result in some delay in the necessary political process to get any such legislation enacted.

As mentioned previously, holding a webinar or webcast of your AGM does not in itself constitute a valid virtual meeting unless there is full shareholder participation with consideration of individuals using those technologies as part of the quorum for the meeting.

Whilst ensuring meetings are quorate would ordinarily be taken as a given, this has not necessarily been the case this year. Ensuring minimum quorum requirements are met has formed an increased part of the planning process, identifying relevant individuals within the business who can attend as shareholders, whilst also ensuring correct individuals able to perform key duties within the meeting are also present.

The Articles of the Company will determine the general quorum for your meeting to proceed. In many cases, Directors or company employees will hold their assets through a broker or intermediary, and therefore would not be the named shareholder. It is worth investigating this as soon as possible to ensure those individuals who have been tasked with attending are able to qualify and help meet your company-specific quorum requirements.

These are questions you need to address as soon as possible. It is best not to leave this until the last minute.

With many companies holding meetings behind closed doors, shareholders may struggle to feel that their voices are being heard as they do not have their usual opportunity to engage with the board and fellow shareholders.

This is certainly an area that a few shareholder groups have identified and raised as a concern in the last few weeks, as was seen with the recent letter written by ShareAction to the chairs of FTSE100 companies.

While true hybrid meetings utilise live voting and enable questions to be raised during the meeting, many other Issuers have found ways to allow their shareholders to remain engaged despite not adopting hybrid or virtual solutions:

In a poll conducted by the GC100 prior to the existing measures being introduced only 11% of respondents indicated that they would be organising shareholder engagement sessions later in the year, however, 27% are considering this as an option.

As referenced above, the UK government has introduced emergency legislation which is currently being debated in Parliament. Guidance on the purpose of the legislation here and the progress of the bill can be tracked here. It also remains worthwhile reviewing the guidance published by the Chartered Governance Institute and the previously issued Financial Report Council’s Q&A that was endorsed by the Department for Business, Energy and Industrial Strategy.

These resources support the methods currently being adopted by Issuers, to both continue to meet their obligations and also adhere to the government’s rules on movement and social distancing. Many organisations are producing useful resources that Issuers should review as they prepare to make changes to their AGMs or make contingency plans for future shareholder meetings.

Together with Georgeson, a Computershare company, we have released and participated in several webinars over the last few weeks:

Lumi has created a knowledge hub to answer the questions Issuers may have on virtual meetings. This accompanies several other blog posts and resources on the subject of hybrid and virtual meetings. The GC100 has a library of information that can be used to support Issuers during this period in relation to their AGMs such as tracking of FTSE company announcements concerning their AGMs. Glass Lewis has produced an AGM and Shareholder meeting tracker which is being updated weekly, and ISS has created an online resource centre with helpful information.

If you require any assistance with your shareholder meetings or would like more information on how we can support your meeting please contact your Client Manager or complete the form below if you aren’t currently a Computershare client.